Light curves and phase diagrams of the EA type eclipsing binary V477 Cygni / V477 Cyg.
A primary minimum was observed with the 2" Titan at Somerby Observatory on September 12 2018.  The 576 images were unfiltered. 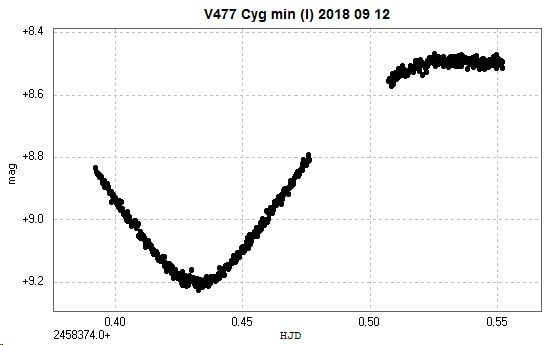 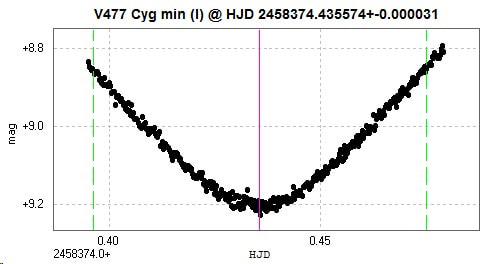 A previous series of observations had been made with the now decommissioned Bradford Robotic Telescope (BRT - website no longer available).  The 59 images taken between 2014 October 18 and 2015 December 4, through a three colour green filter, generated the following light curve and phase diagram.  The secondary minimum occurs at phase 0.3 due to the eccentricity of the orbits of the system. 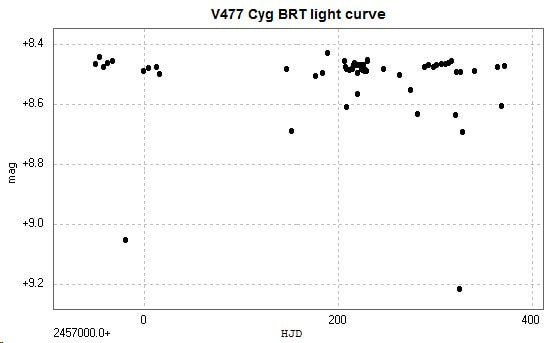 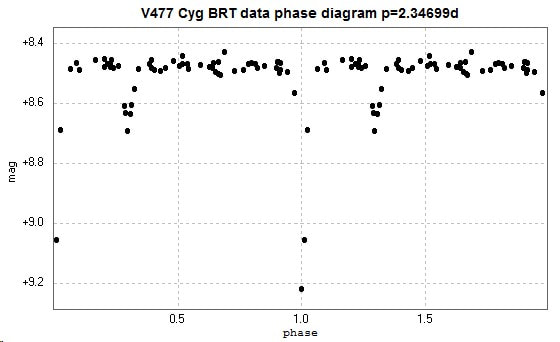 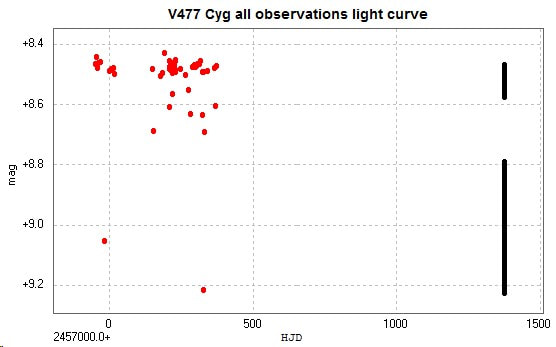 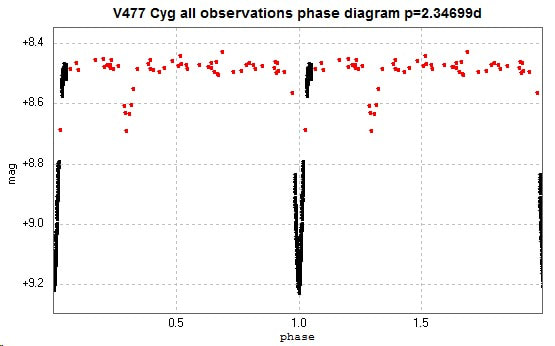 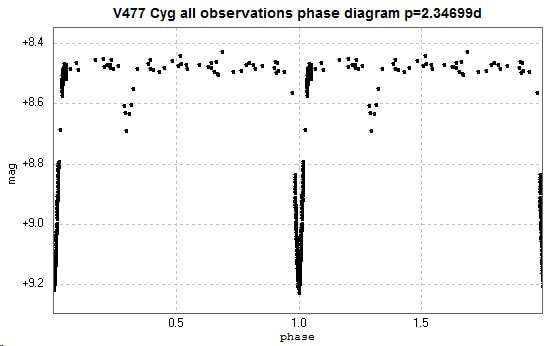 The following diagram is a close up of a single phase. 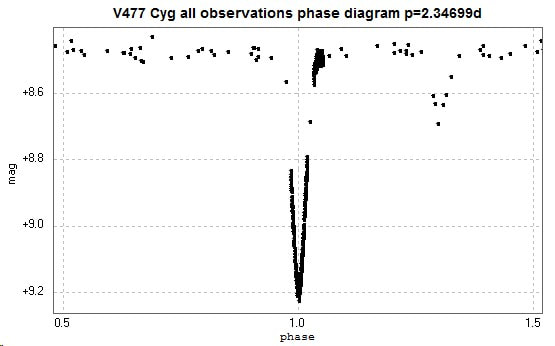