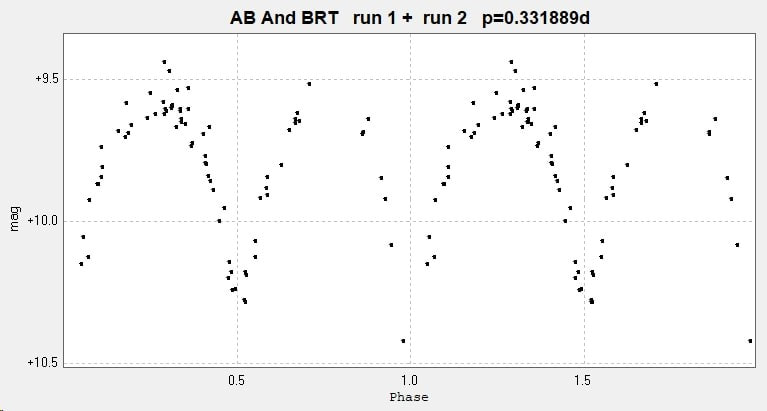 A primary minimum was observed from Somerby Observatory with the 2" Titan on 29 November 2017.  The 151 images were unfiltered.
Combining these with the BRT observations produces the following light curve and phase diagram, BRT in black, Somerby in red.
A visually observed primary eclipse in 1991, made with my unfiltered 10 inch / 254mm reflector from Leicester, is below. 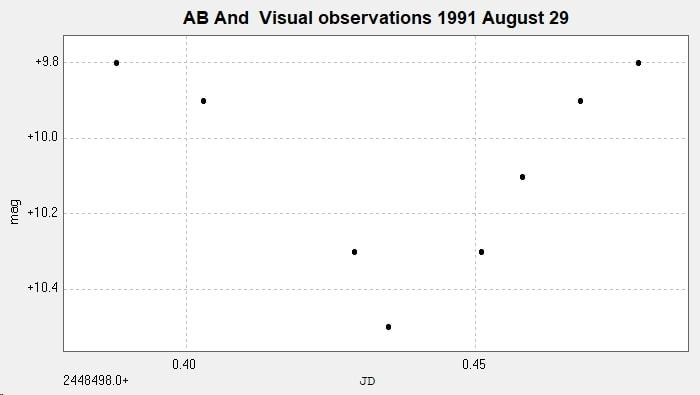 When combined with the 2" Titan observations of 29 November 2017 we obtain the following light curve and phase diagram.  The consistency of the visual and ccd results illustrates the usefulness of visual observations of such stars. 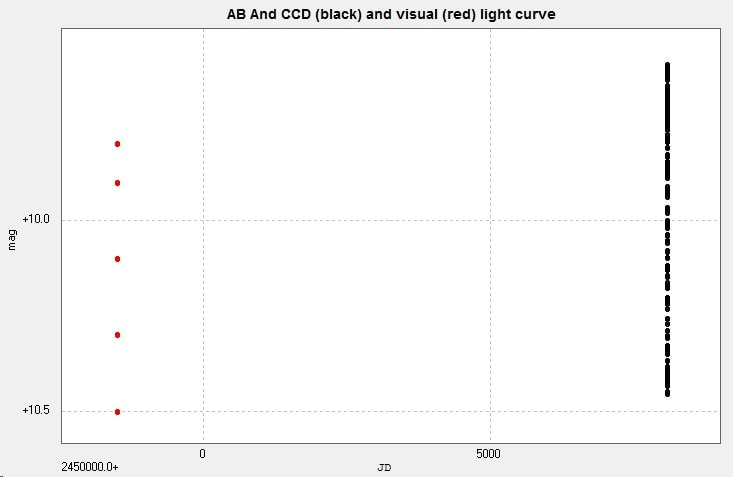 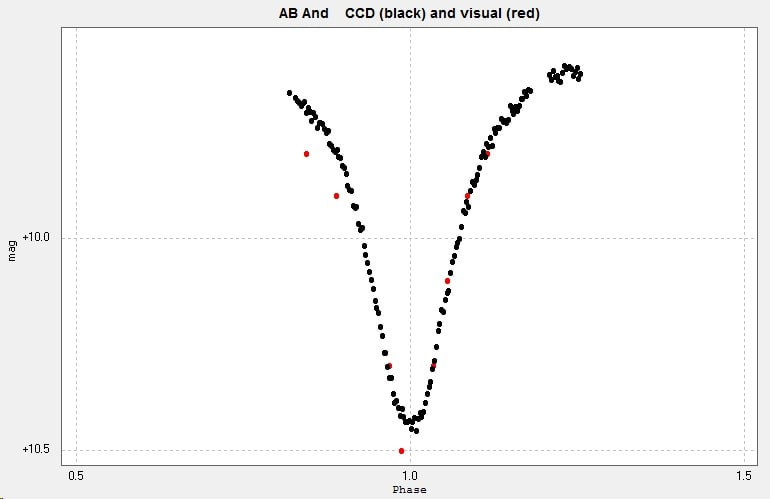 Although there is an apparent difference in the maximum brightness between the two BRT runs, this could well be due to run 1 being unfiltered and run 2 being filtered.  However, other observers have suggested that the maximum brightness does actually vary from one cycle to another, possibly due to brightening of the connecting material between the two stars in the system.  See, eg Hasanzadeh et al (2008).