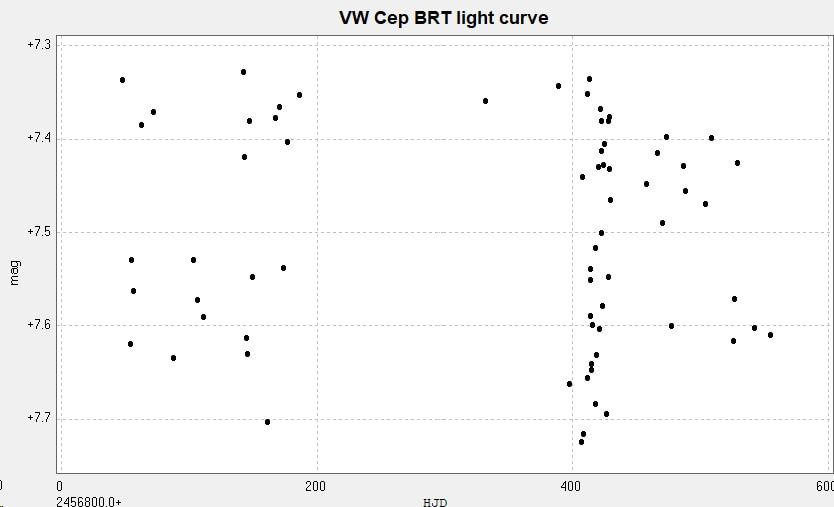 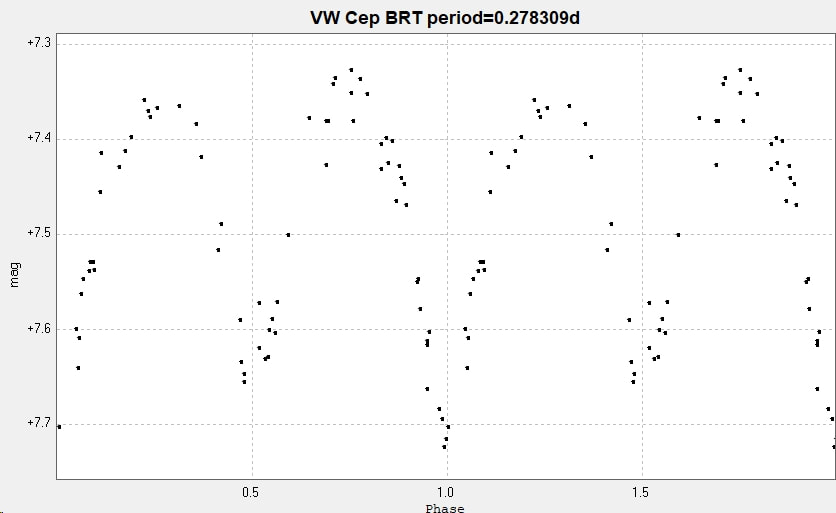 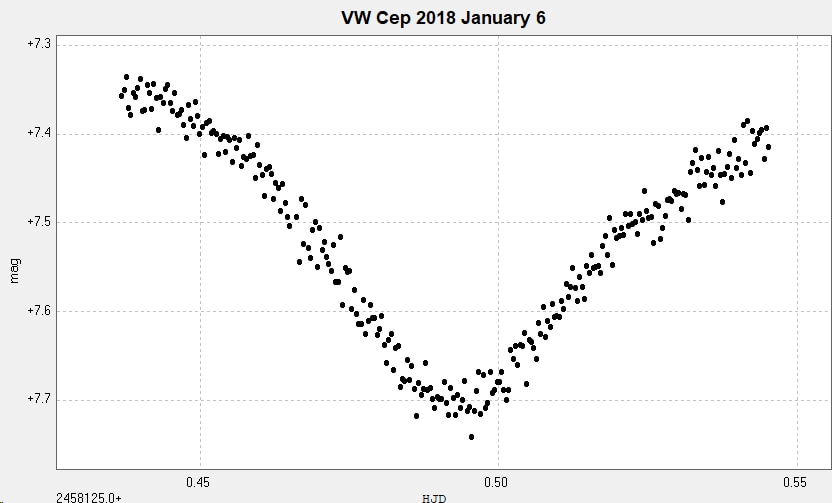 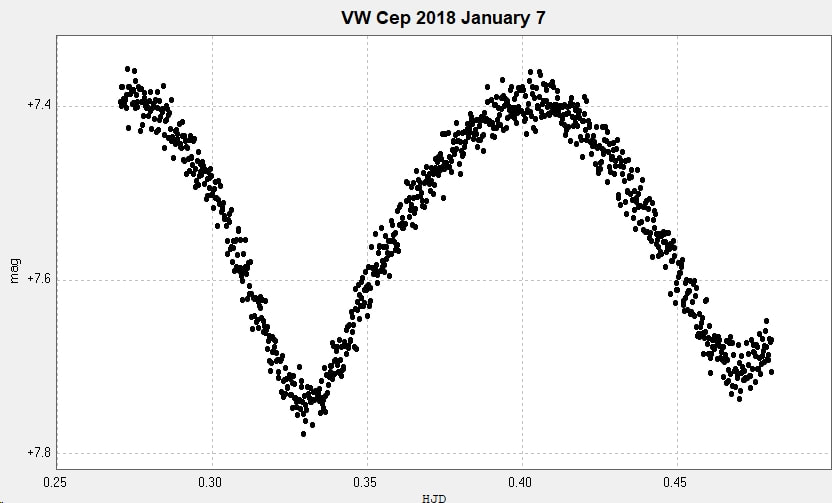 ​T​he January 6 minimum was observed with the 2" (50mm) aperture stopped down to 1" (25mm) so that the exposures could be extended (to 33.1s) to try to obviate the effects of scintillation on shorter exposures, and hence reduce scatter.  The January 7 minimum images were taken with 19s exposures through the full aperture.  All exposures were unfiltered.

​Combining the two sets of results shows a slight reduction in the scatter with the longer exposure, in black in the following diagram.  The cause of the small offset in magnitude is not known, both sets of data were reduced using the same comparison stars.

​The calculated HJD of the primary minima are shown below. 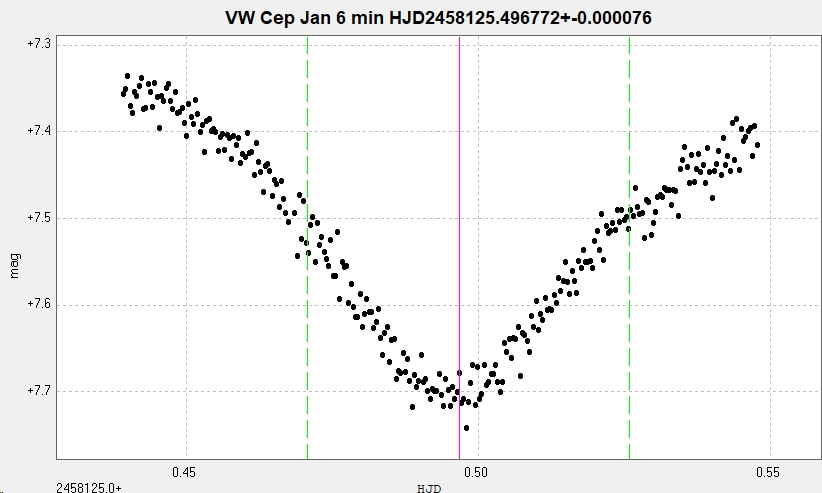 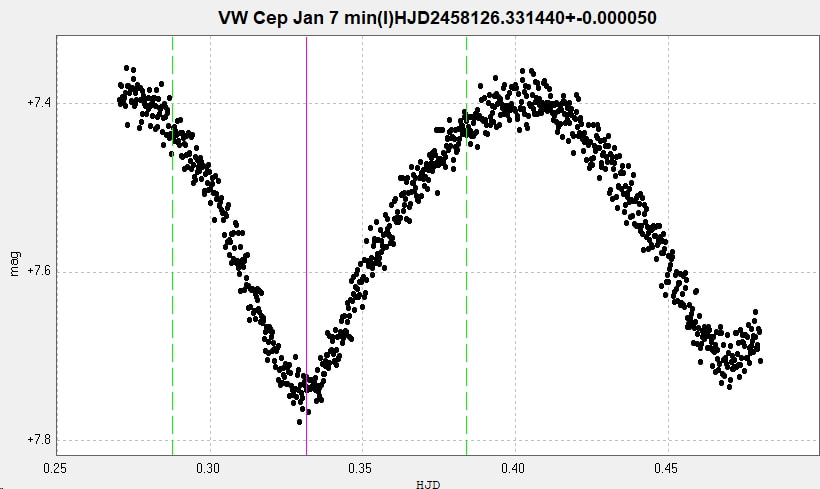 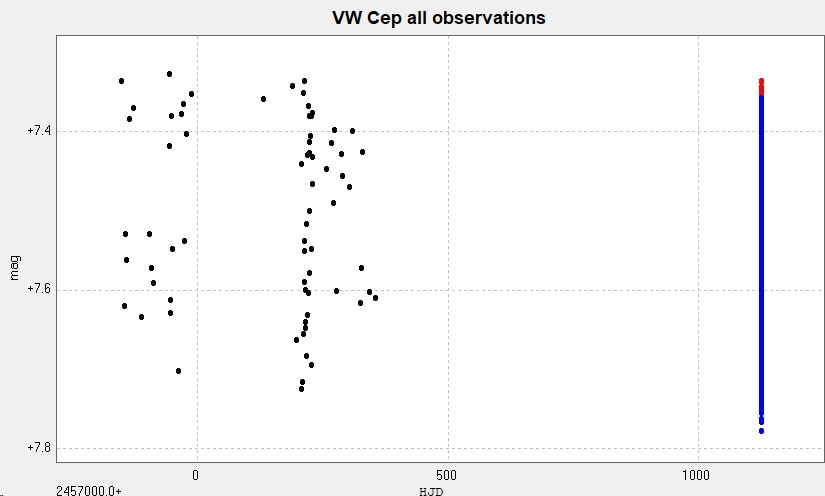 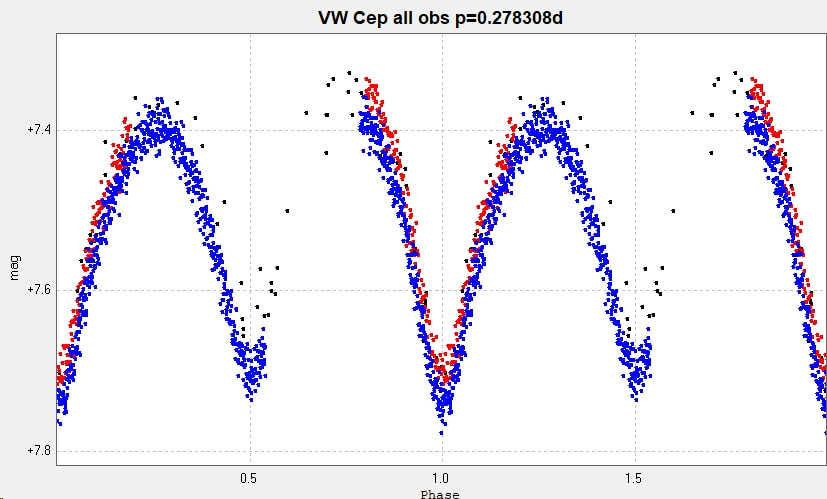 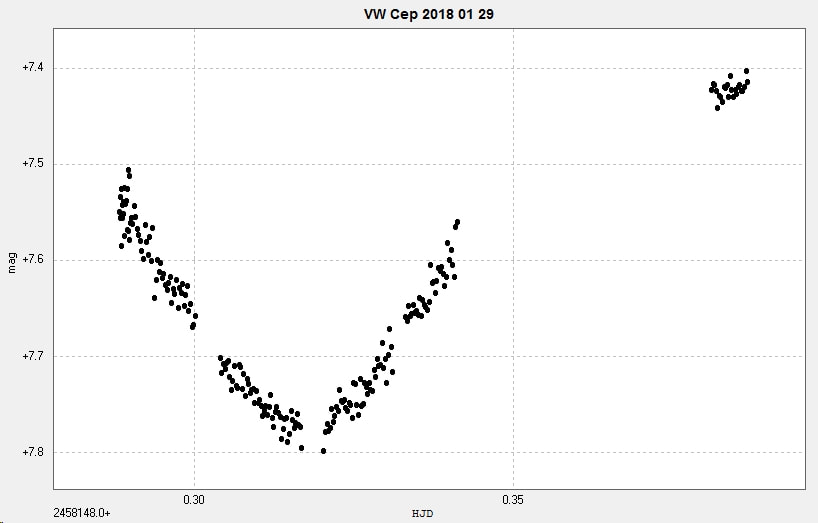 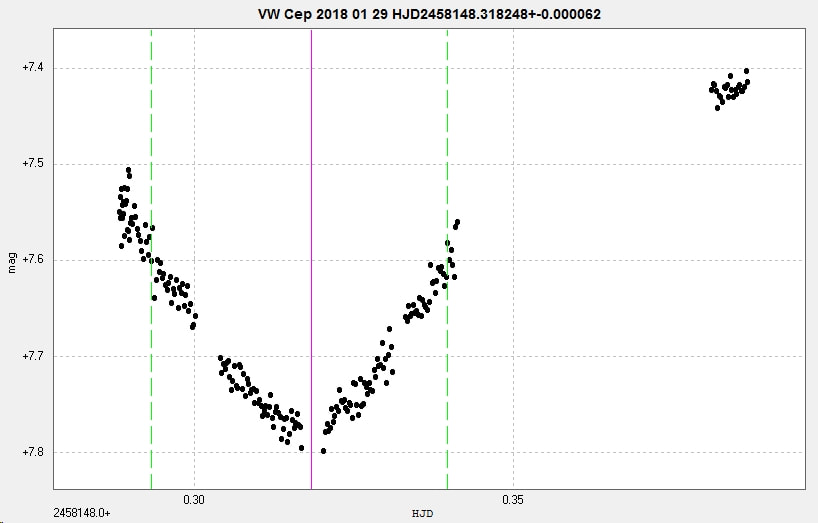 Adding the three series of observations made from Somerby together generates the following light curve and phase diagram. 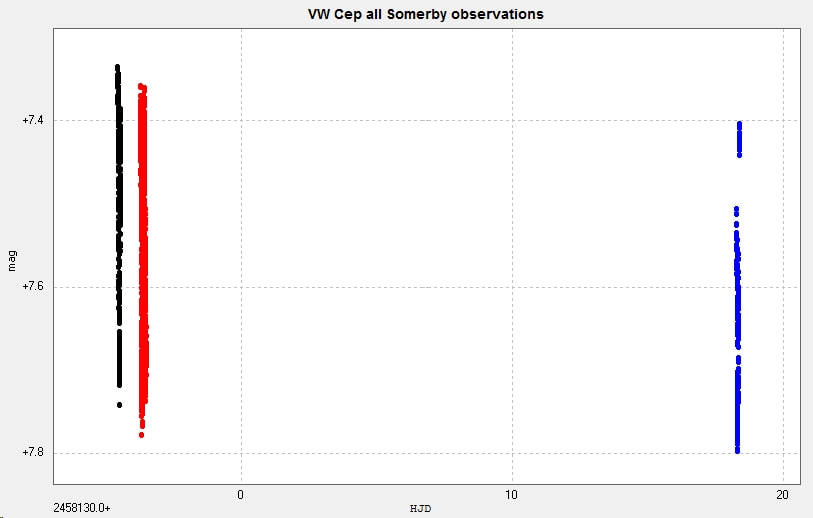 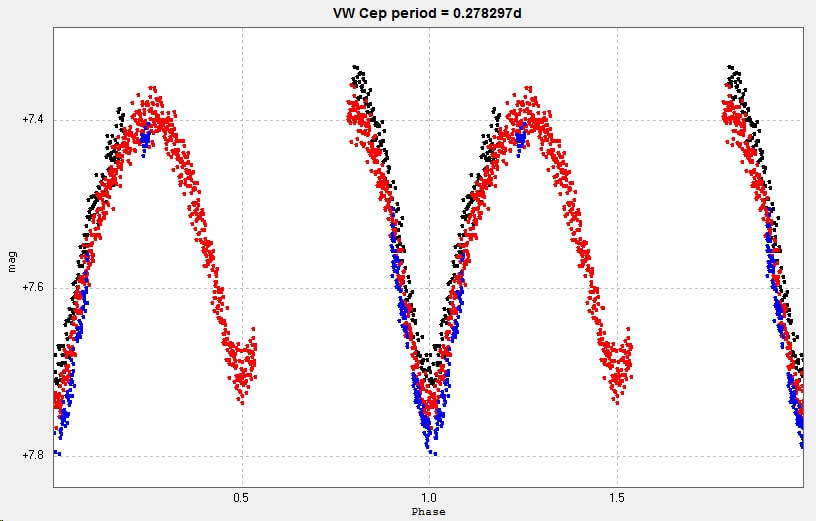 ​The maxima are not always the same magnitudes as each other, but can alternate.  This is an effect known as the O'Connell Effect.  See, for example, Wilsey and Beaky 2009.
​[Page updated 29 January 2018]