​This one was difficult.  My original submission to the AAVSO VSX consisted of my observations alone, based on the following 'discovery' charts. 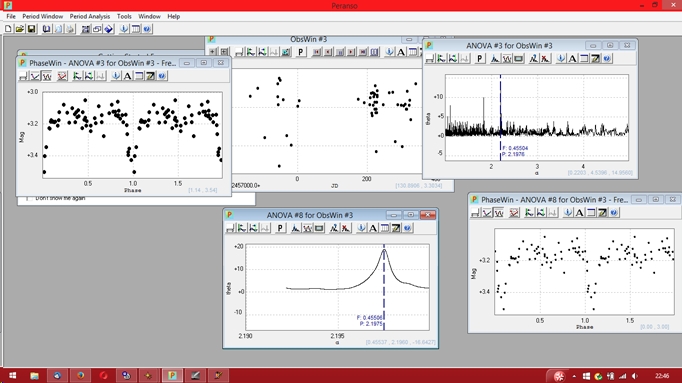 This had a best fit period = 2.1976d, which resulted in the following phase diagram,

​It was suggested that I should include results from the Northern Sky Variability Survey (NSVS) from 1999 to 2000 to improve the 'accuracy' of the period.  The resulting light curve and phase diagram are below, 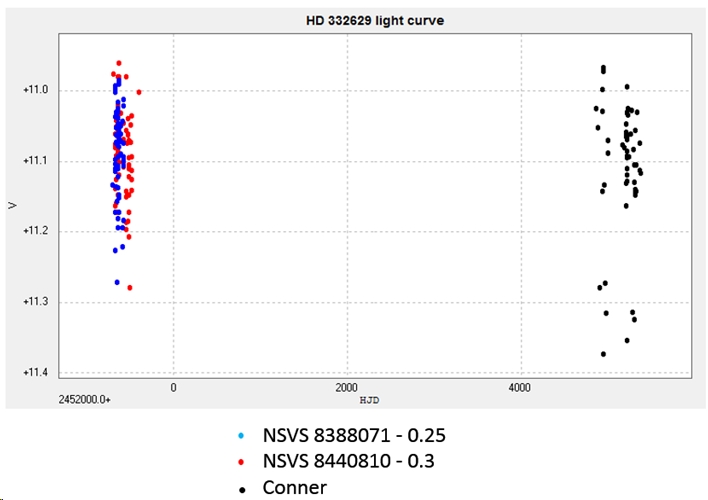 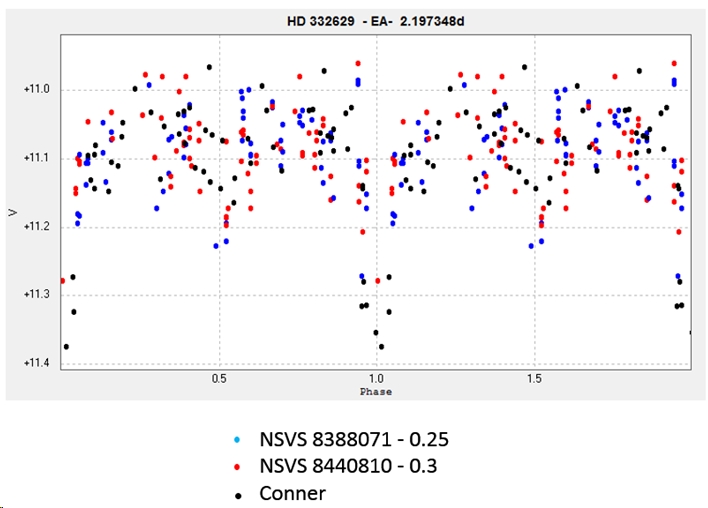 This is plotted with a period of 2.197348 days.  The precision of this period is better than one tenth of a second!  The curve and phase diagram are very noisy because my photometry is from images exposed for a much brighter star (the mag 6.5 V1765 Cyg), not this mag 11 star.  The NSVS data is also very noisy.  Ideally, this star will now be observed with correctly exposed images to better determine the shape of the phase diagram.  It is catalogued as an EA, but it might possibly be an EB; it's impossible to say with such a noisy curve.  This would require a telescope such as the Bradford Robotic Telescope's Galaxy Camera but, at the time of writing (2016 February 14),  the BRT is out of commission and its future is unknown, so it might be a while before these observations are forthcoming!  See below.

​
The following light curve and phase diagram were obtained from photometry of 104 images taken with the Open University 14 inch Schmidt-Cassegrain COAST telescope through a V filter between 2017 June 17 and 2019 December 30.

There is some suggestion that the secondary minimum doesn't quite occur at phase 0.5 but is slightly later.  More observations needed!
[ Page updated 9 January 2020 ]