Light curve and phase diagram of the EA type eclipsing binary TW Cassiopeiae / TW Cas.  This was constructed from photometry of 30 images taken by the Bradford Robotic Telescope Cluster Camera (BRT) between 12 October 2014 and 1 October 2016. 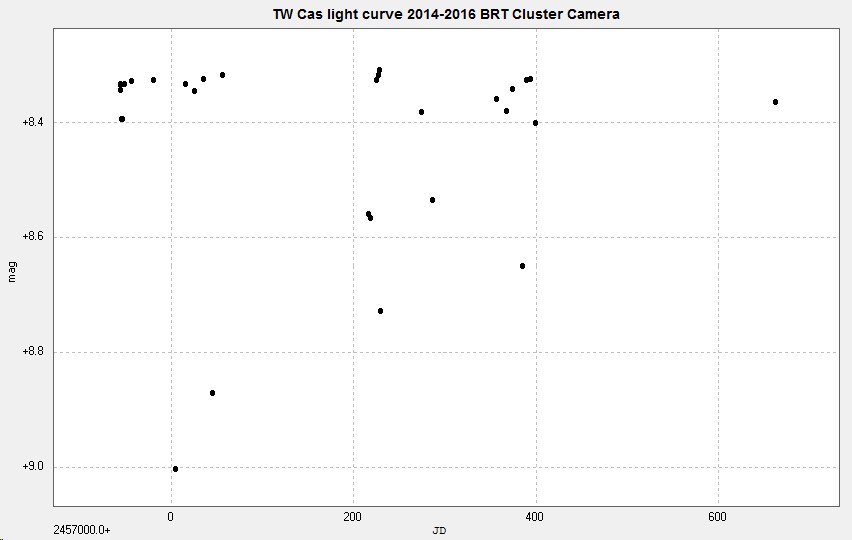 The following phase diagram was constructed from these observations.
​ 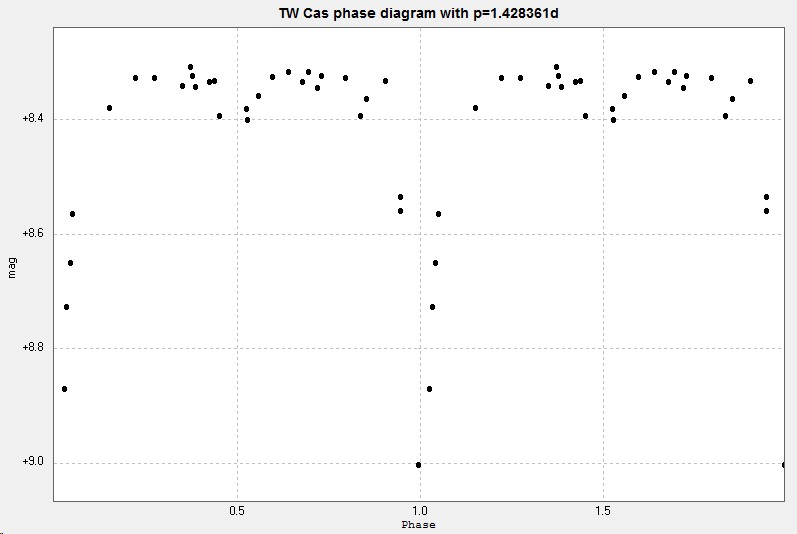 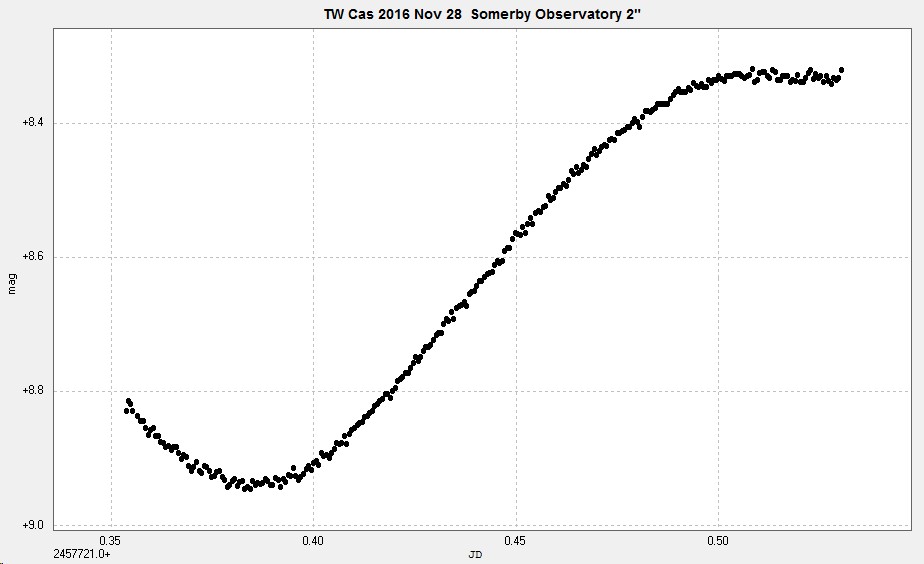 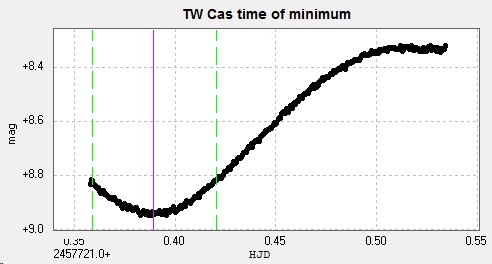 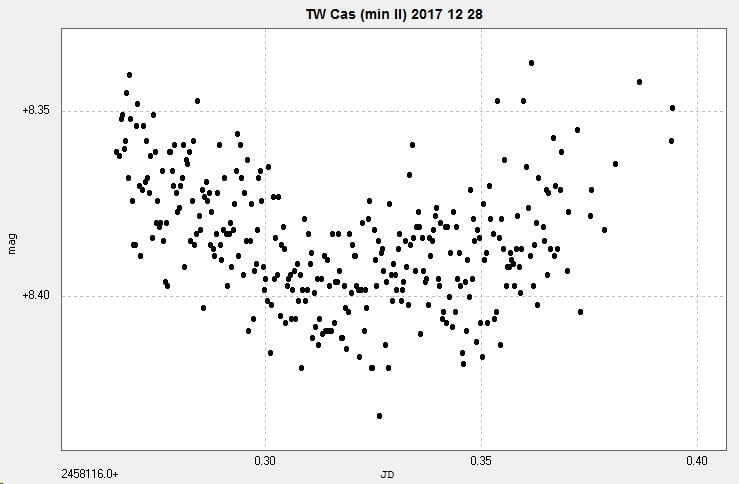 Combining the BRT and Somerby data, after adjusting the zero point of the BRT data 'by eye' to better fit the ccd data (by -0.03 mag), produced the following light curve and phase diagram.  I intend to observe a complete primary eclipse in the near future!
​ 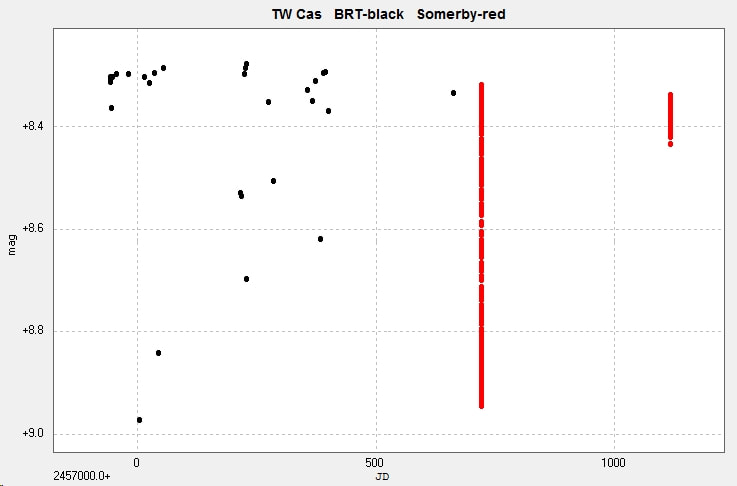 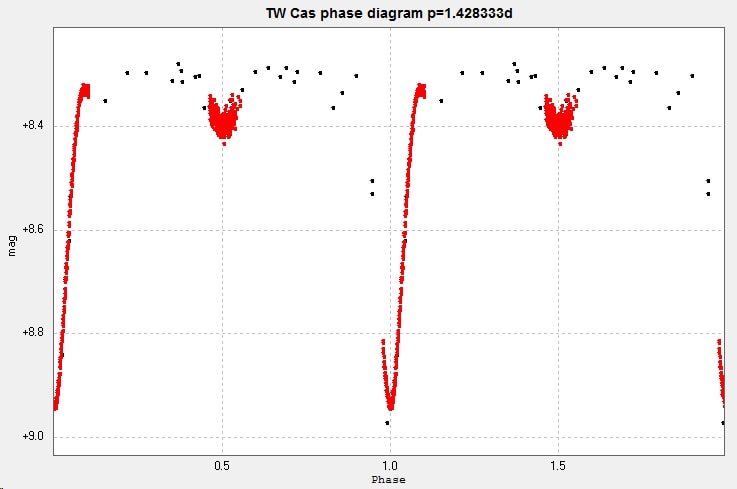 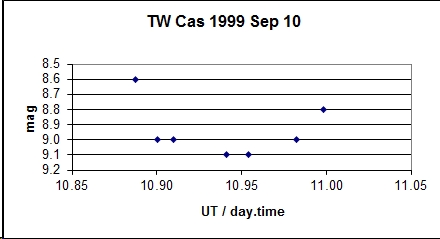 Combining visual (red) and ccd (black) observations.  Here, the visual magnitudes were adjusted 'by eye' (by -0.174 mag) to better fit the ccd results. 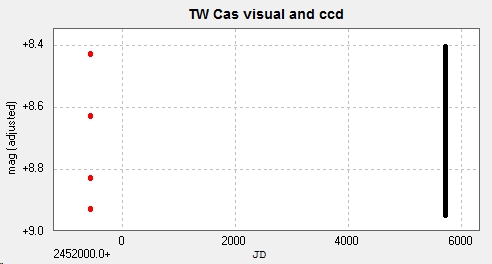 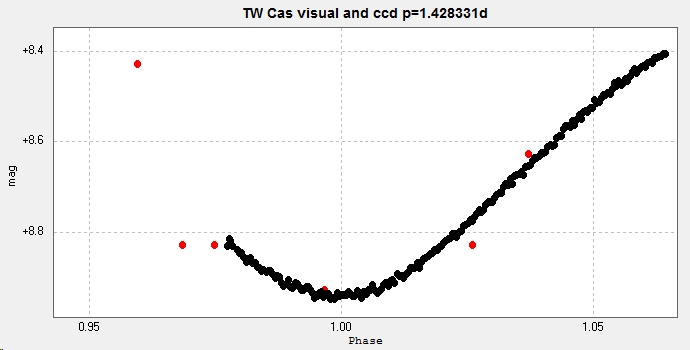