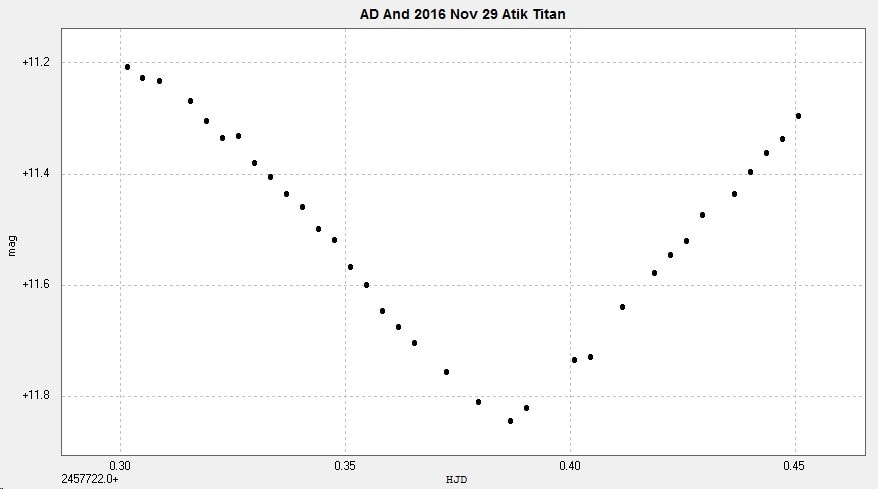 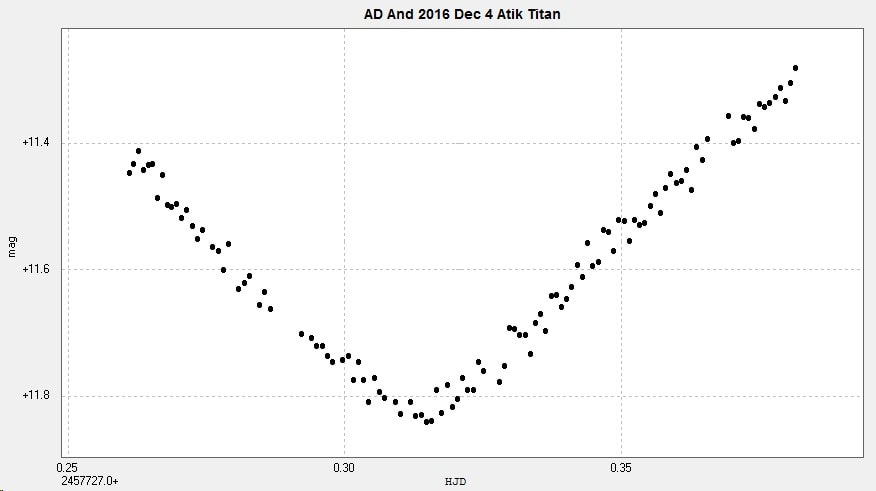 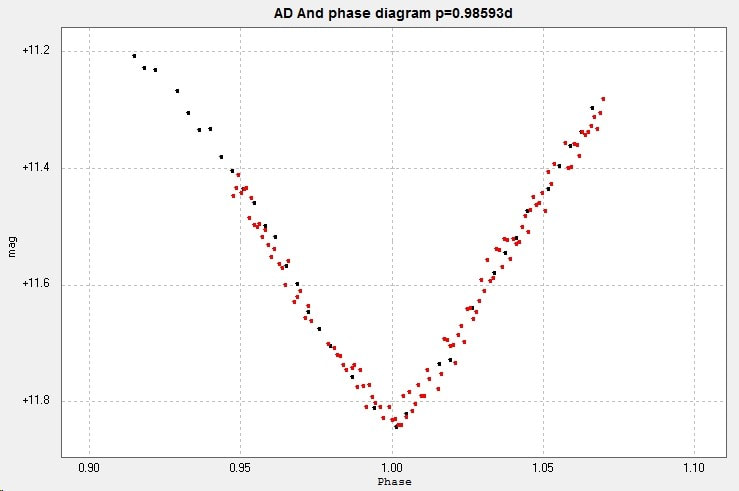 I also had 21 observations made by the Galaxy Camera of the Bradford Robotic Telescope.  There weren't enough good observations (due to poor weather) to generate a good light curve but I used all the available ones, combined with the above minima, to generate a phase diagram of the complete period. 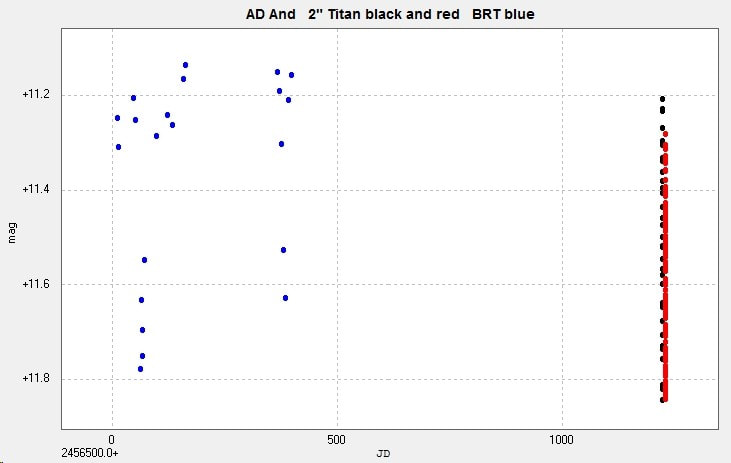 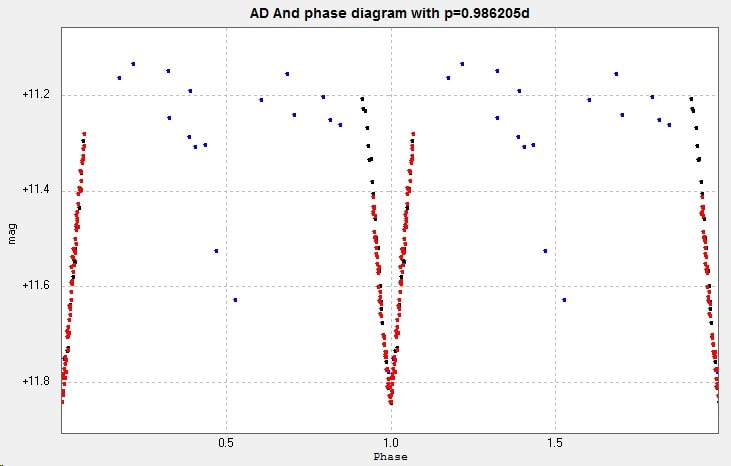 ​This hints at the secondary eclipse which is almost identical to the primary eclipse.  It does, however, generate a better estimate of the period compared to the catalogue values.
Just for the sake of completeness, this is a visual observation of a minimum that I made with my 10" Newtonian. 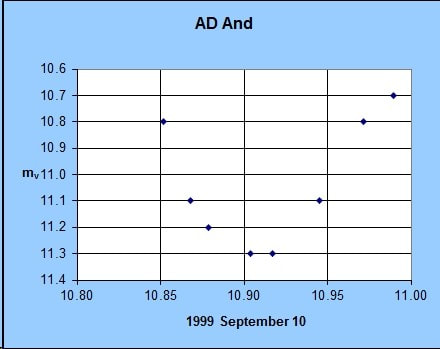