My private observatory is near Melton Mowbray, Leicestershire, UK.  Visually, I use a number of Newtonian reflectors to take advantage of the dark site. 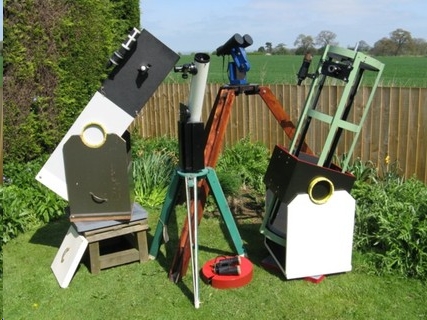 The equipment I use to carry out CCD photometry consists of the objective lens and tube of a ubiquitous 9x50 finder scope coupled to an Atik Titan monochrome ccd camera, and is referred to as the 2" Titan (= the 2 inch Titan).

It is mounted on a Fullerscopes MkIV mount.  I built the electronics to drive the mount in RA and dec, and autoguiding is provided by a QHY5 CMOS camera via PHD.

​Photometry is performed in AIP4WIN.
The 2" Titan 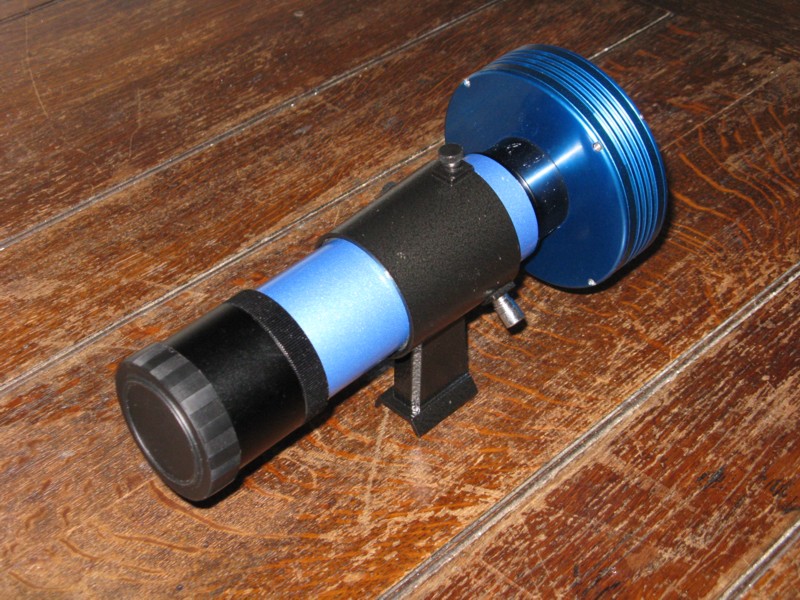 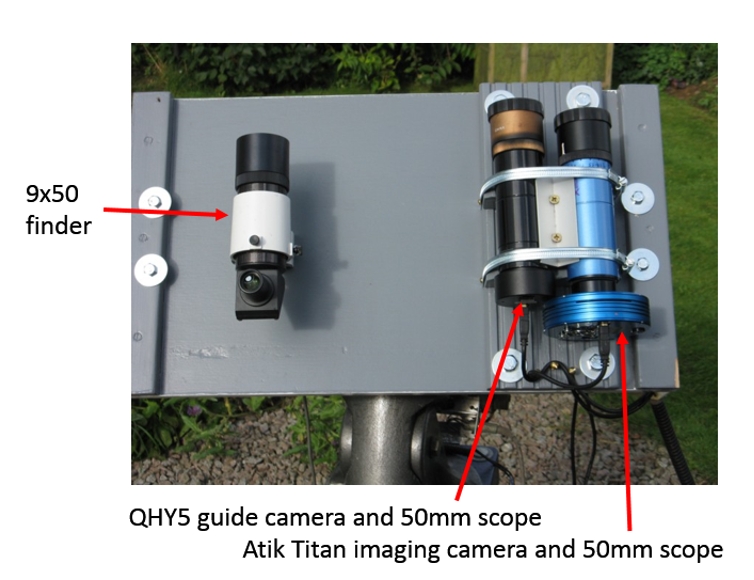 The imaging scope and guidescope are held on a single piece of wood, which is itself securely bolted to a mounting board on the equatorial mount.  It has V shaped location channels and the scopes are held in place by two Jubilee clips and a V shaped piece of aluminium.  These are both tightened to such an extent that the optical tubes compress the wood and are held rigidly.

The brass screws are essential to prevent the cables from applying varying forces to each of the cameras.  The QHY5 ccd chip is not held rigidly in its camera case and moves with the cable!.

The offset weight of this arrangement provides bias to the declination axis drive.  Tracking is by PHD2 and is limited by atmospheric seeing.  Not bad for a venerable Fullerscopes Mk IV mount! 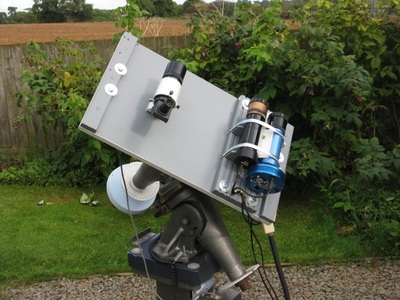 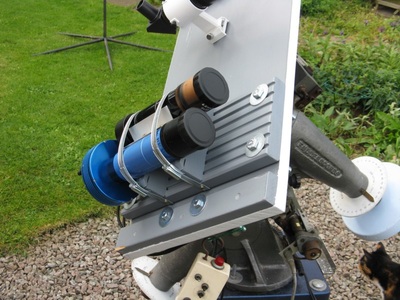 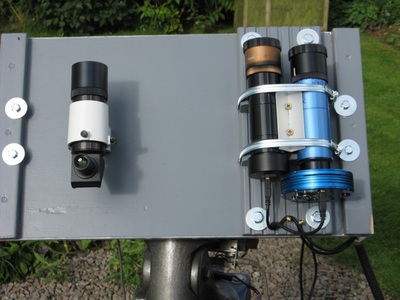 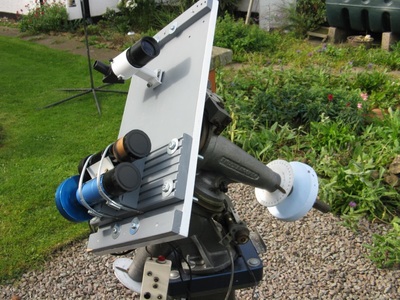 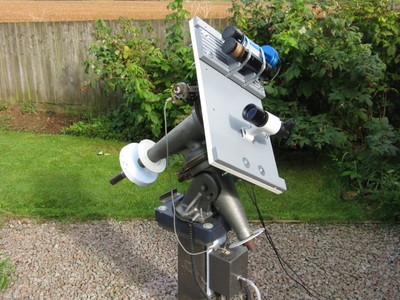 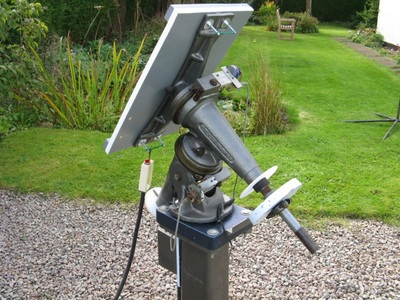