* See below for a discussion about the type of variable this star is.

An enlargement of the middle section is below.

A number of phase diagrams were constructed from these observations.

The best fit period to these observations (Peranso/ANOVA) was 68.3162 days, generating the following phase diagram. 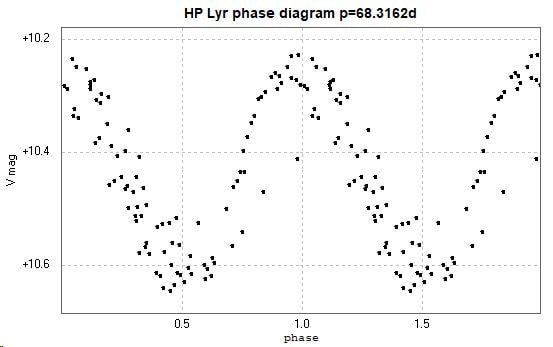 The AAVSO VSX value for the period is 68.88 days (accessed 2020 March 21), which generated the following phase diagram. 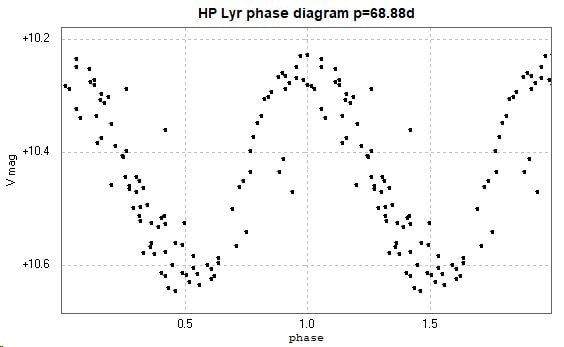 There has been some discussion over time about which type of variable star this star is.  The AAVSO VSX classify it as SRD, with a period of 68.88 days, while the GCVS classify it as an EB eclipsing binary, with a period of 140.75 days (both accessed 2020 March 21).  The best fit period for these observations closest to the GCVS period was 138.66 days.  Using this period generated the following phase diagram.

Photometry alone could not resolve this issue, but spectroscopy suggests that the system is indeed a semi-regular SRD type rather than an eclipsing binary.  See the AAVSO VSX page for some references to papers regarding this star.
[Page updated 2020 March 21]