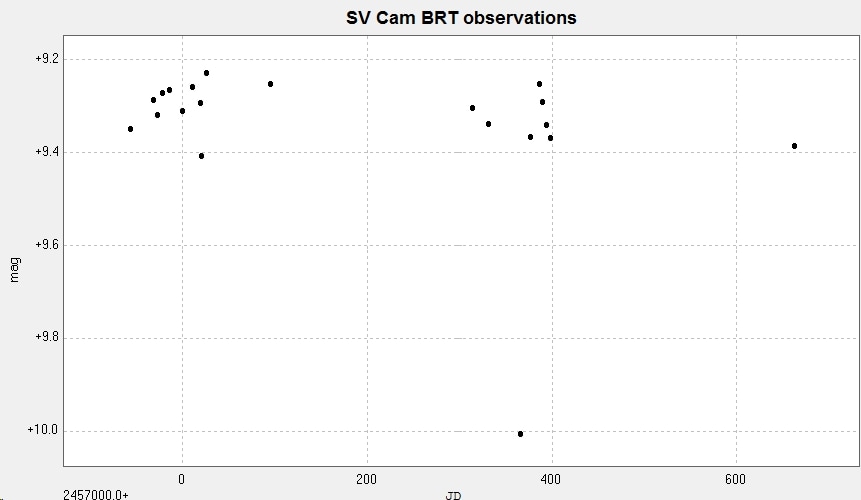 ​Although not enough data points to generate a detailed phase diagram, plotting them with the period of  0.5931d non-the less generates the following; 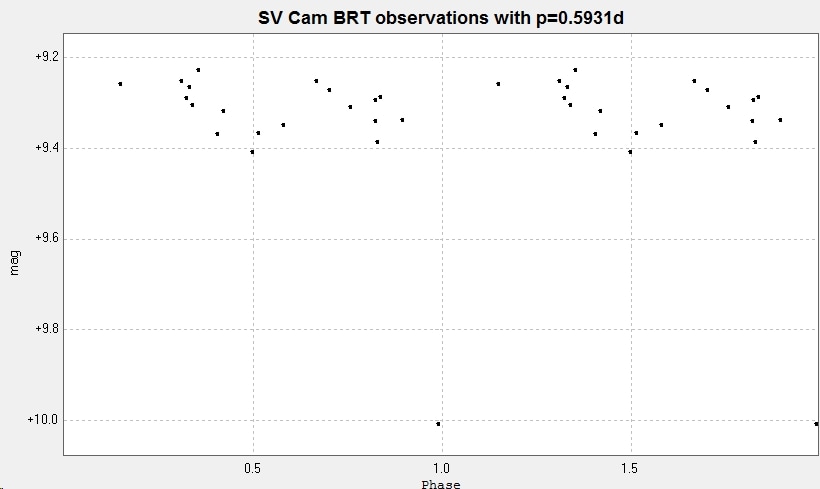 ​On 23 December 2016 I observed the following primary minimum from Somerby Observatory with the 2" Titan, with the corresponding HJD time of minimum. 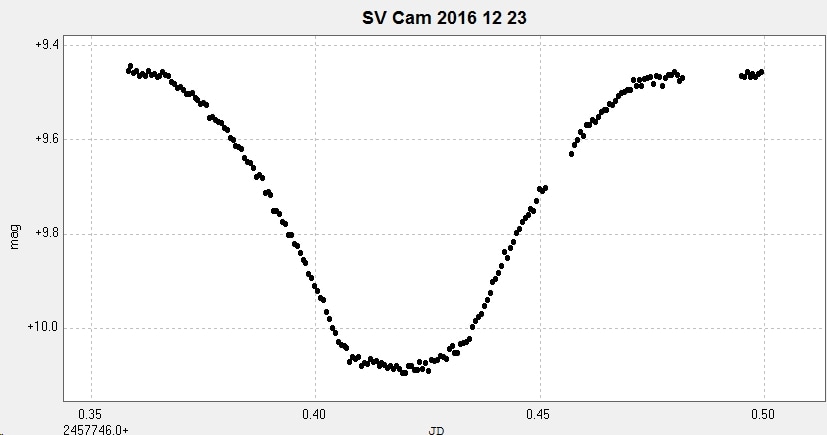 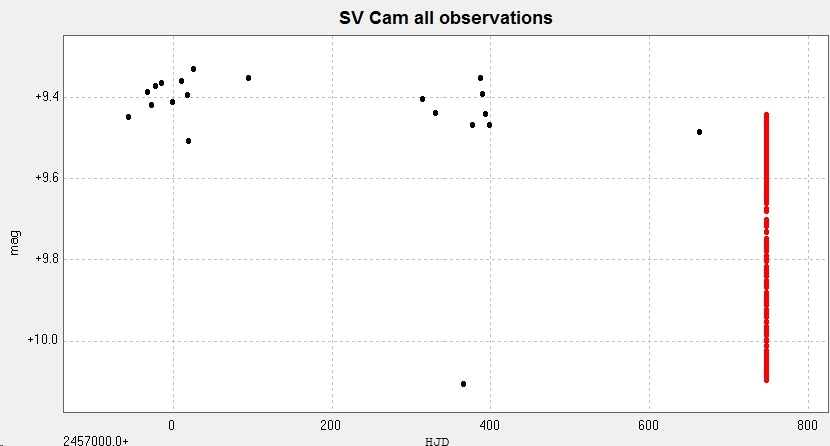 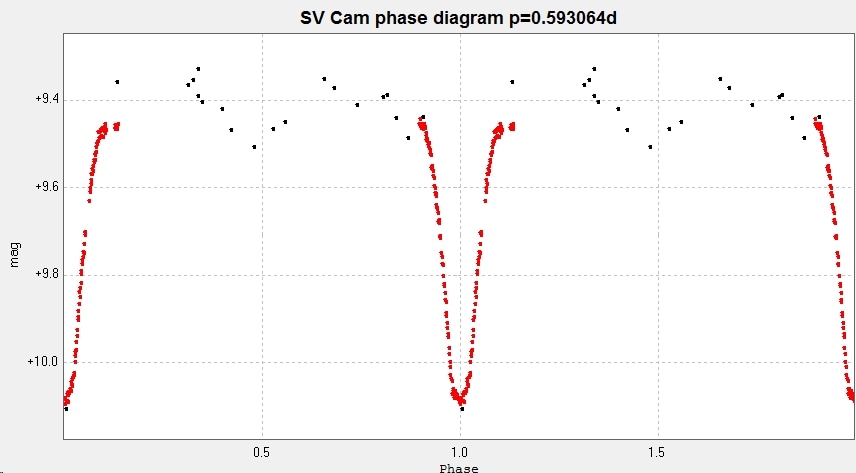