​Light curve from 82 unfiltered images taken with the Bradford Robotic Telescope Cluster Camera between 2012 July 26 and 2014 December 24.  Photometry in AIP4WIN.

There is a suggestion that it is getting brighter over time, but more observations will be needed to confirm that this is not an artefact.
​ 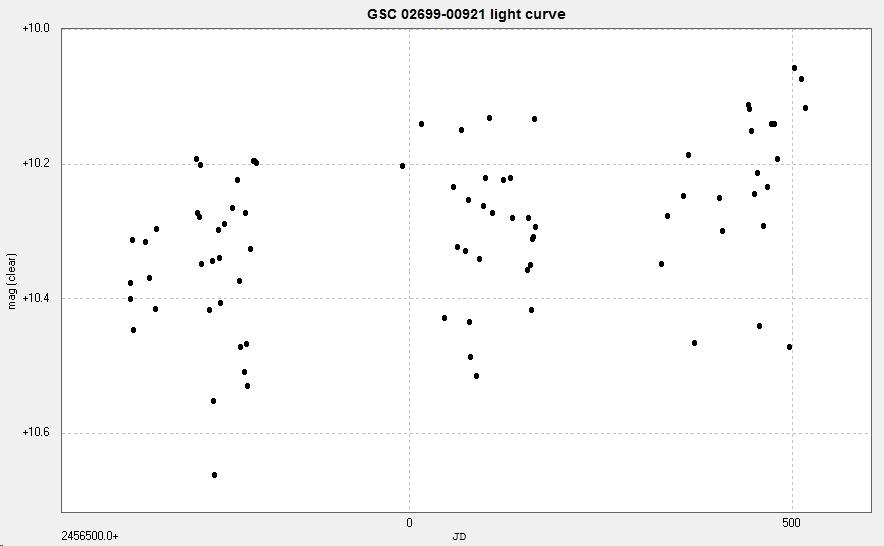 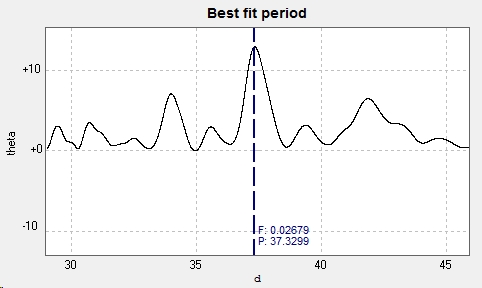 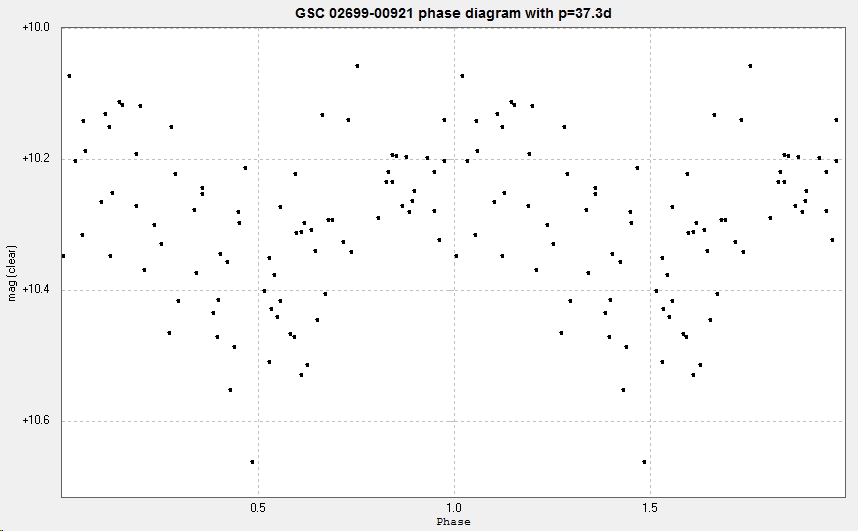 Discovery light curve in MUNIWIN.
I obtained 24 V filtered images with the Open University COAST telescope between 2018 December 26 and 2019 September 3, the resulting light curve is shown below.  (I had hoped to obtain more results from this telescope, but continued availability and reliability issues precluded this.) 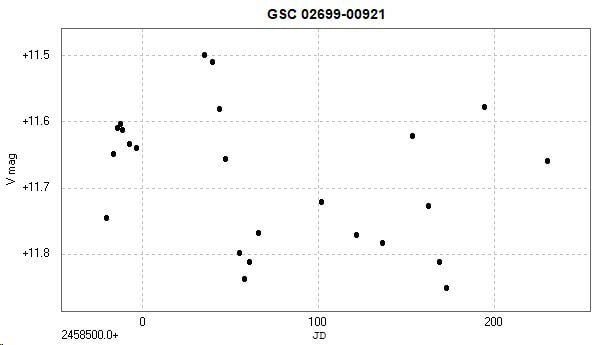