A small number of follow-up observations were made by the Bradford Robotic Telescope Galaxy Camera (BRT) and the Open University COAST telescope, both using a V filter.  (More observations would have helped, but both systems suffered from technical problems and availability issues.) 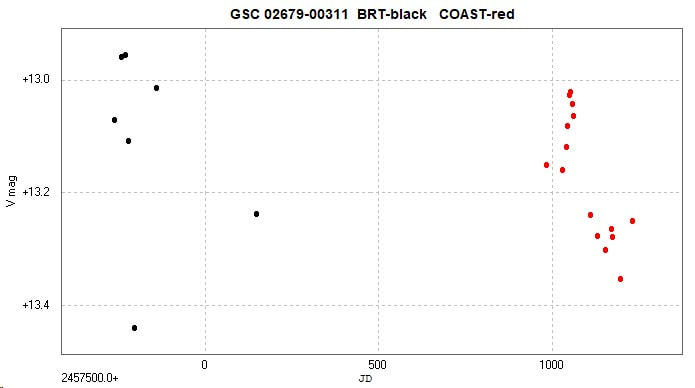 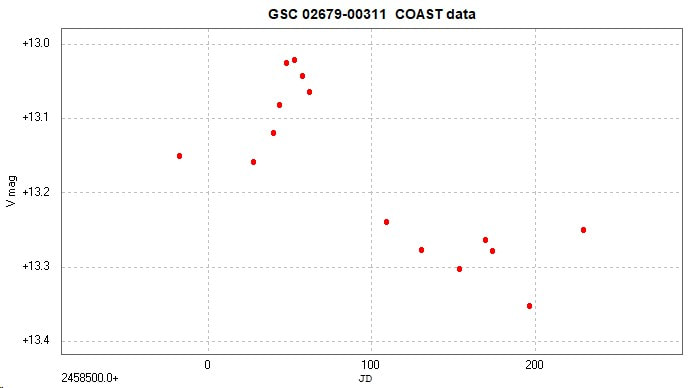