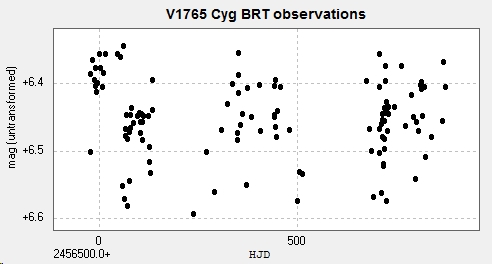 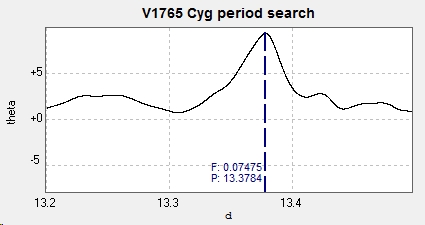 Using this value for the period, the following phase diagram was constructed.  There is a primary minimum at approximately HJD 2456482.34 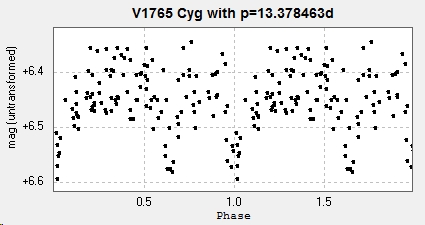 Note the range of the star compared to the scatter of the data points.  This was always going to be a difficult target for the BRT Cluster Camera with its inherent systematic scatter.
This close binary is unusual in having a supergiant component.  The asymmetry of the secondary minimum with respect to the primary minimum is well shown.  This is due to the eccentricity of the stars' orbits (e=0.335) around their common centre of mass.  There is also a case to be made that some, at least, of the scatter is due to mass transfer (Meyer et al 1990) or intrinsic variations in one of the components (Percy & Khaja 1995)
​[Page updated 2016 November 17]