The following light curve and phase diagram were constructed from photometry of 240 images taken with a V filter with the Open University COAST telescope (a 14 inch Schmidt- Cassegrain) between 2017 August 3 and 2020 May 12. 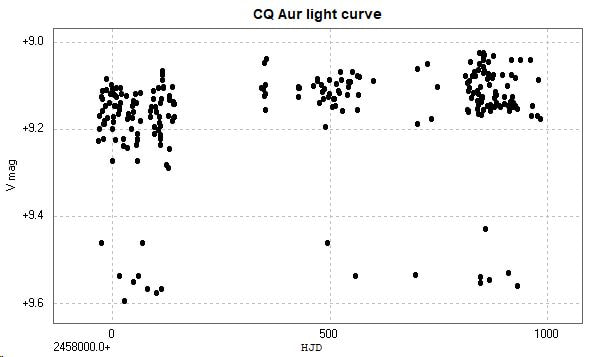 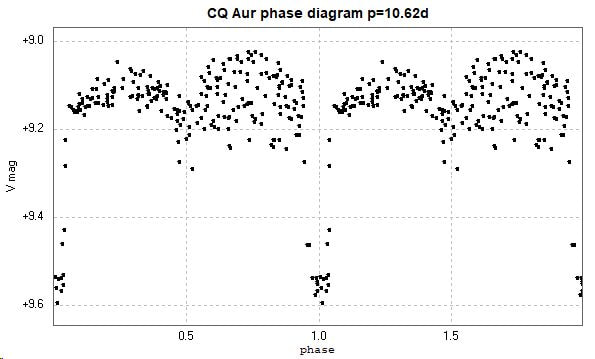 The light curve is changing over time, and the phase diagram is asymmetrical and 'noisy', the maximum between secondary and the primary minima showing more 'scatter' than that between the primary and the secondary minima.  This apparent scatter is caused by changes to the light curve over time, with corresponding changes to the corresponding phase diagrams.  The following 4 phase diagrams show this effect.​
These suggest that, at least for the duration of these particular observations, that the maximum between phase 0 and phase 0.5 changes shape a little without much change in overall magnitude, while the maximum between phase 0.5 and phase 1 not only changes shape but also increases somewhat in magnitude.
The system is catalogued as an EA/GS/RS type, which have a light curve which can have unequal maxima and can also change over many cycles (the O'Connell effect, possibly due to 'starspots' on the RS CVn component, see Kang 1993.).