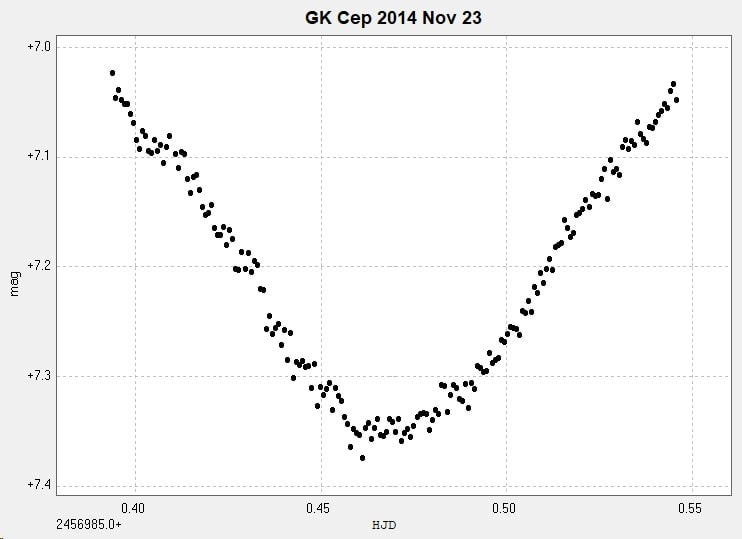 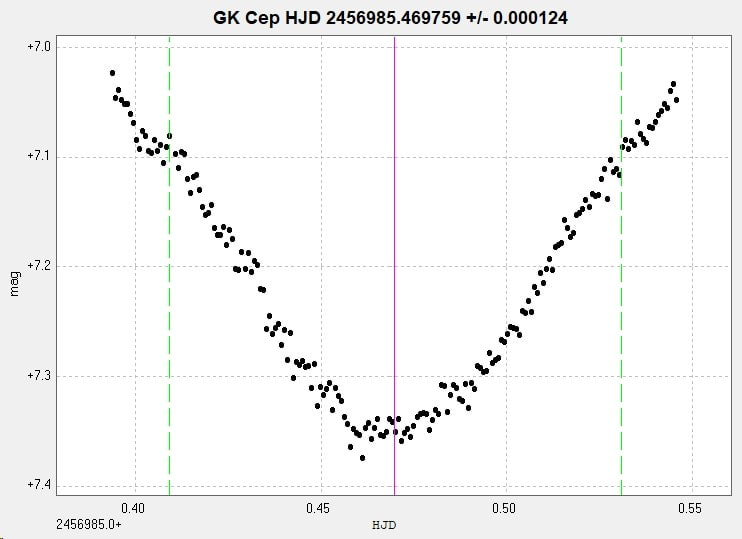 There is o-c activity in this system, the o-c curve exhibiting a sinusoidal variation with a period of 18.6 years.
For a discussion see eg Benge and Roberts, JAAVSO 1994.
Light curve and phase diagram constructed from photometry of 118 images taken with the Bradford Robotic Telescope Cluster Camera (BRT) between June 2010 and December 2015, using their TG ('green') filter. 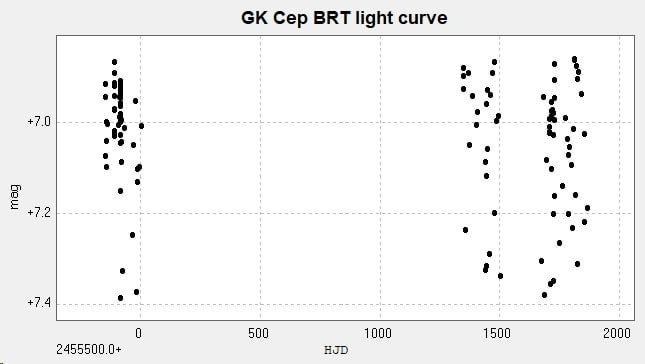 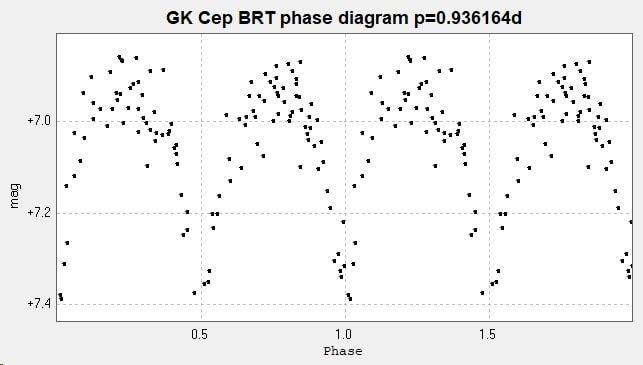 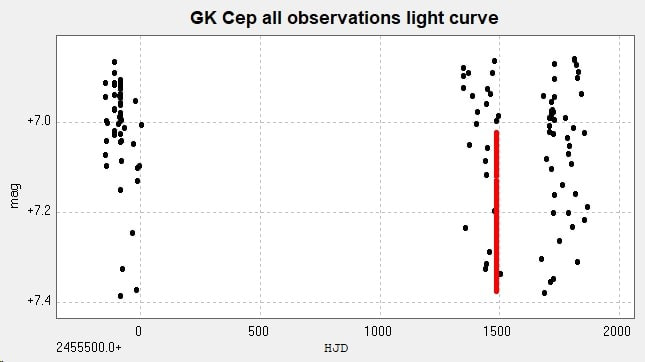 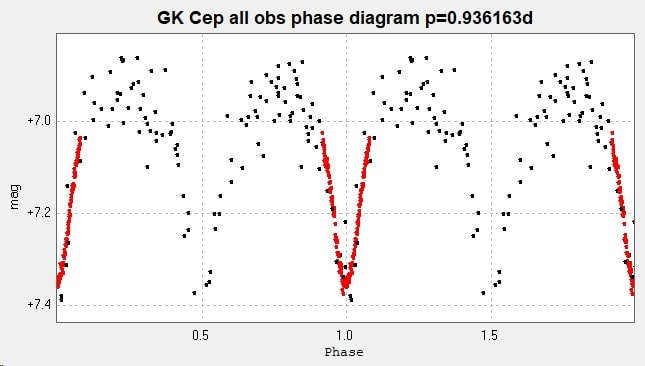 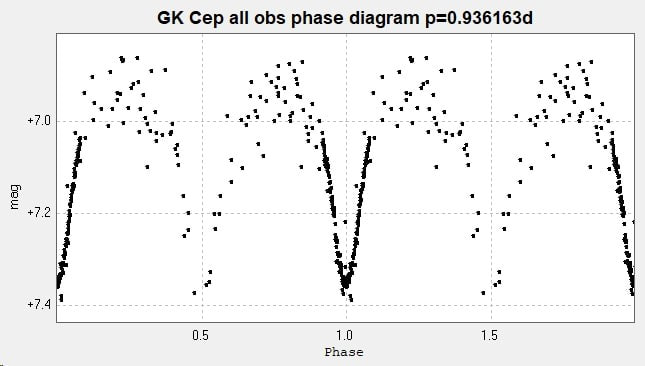 Another primary minimum was observed from Somerby Observatory with the 2" Titan on 2019 September 19.  The following charts were constructed from the resulting 2028 images, but have not been included in the above light curves. 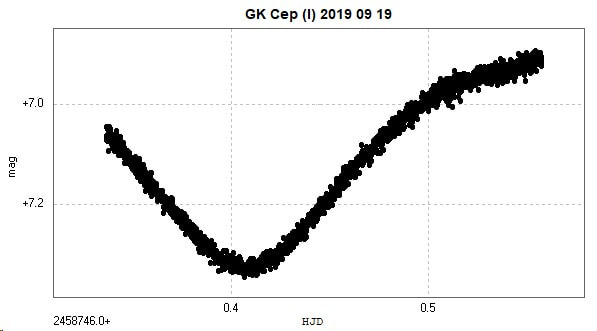 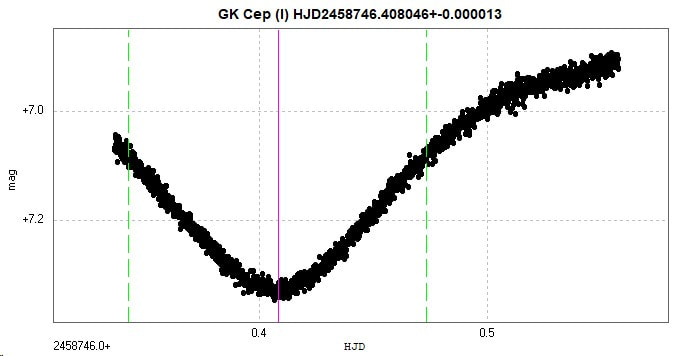