This is a semi-regular variable in Andromeda with a period of 79 days.

It was discovered using Muniwin on 71 unfiltered images taken with the Cluster Camera of the Bradford Robotic Telescope between 2013 July 8 and 2016 January 11.  The light curve and phase diagram were constructed using AIP4WIN photometry. 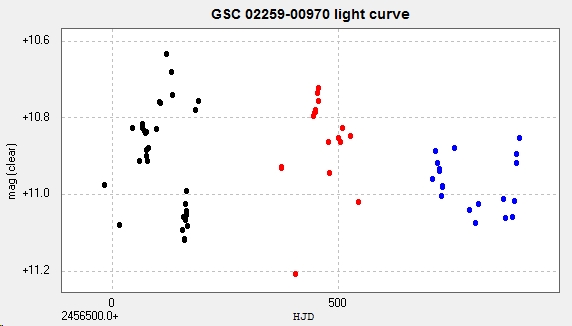 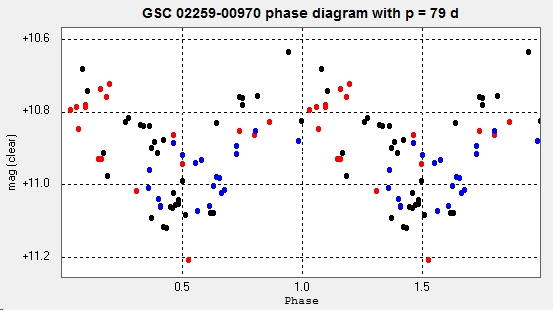 A short run of observations were made using the Open University COAST telescope.  The resulting light curve was generated from 20 images taken between 2018 December 25 and 2019 August 5.  The images were taken using a V filter. 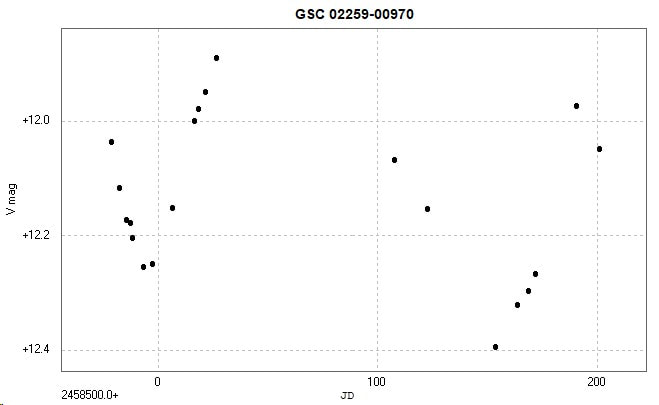