The following light curve and phase diagram have been constructed from photometry of 61 images taken with the Bradford Robotic Telescope Cluster Camera (BRT), through their 'green' filter, between 2016 June 28 and 2016 October 1.  The phase diagram has been plotted with a period of 0.653414 d. 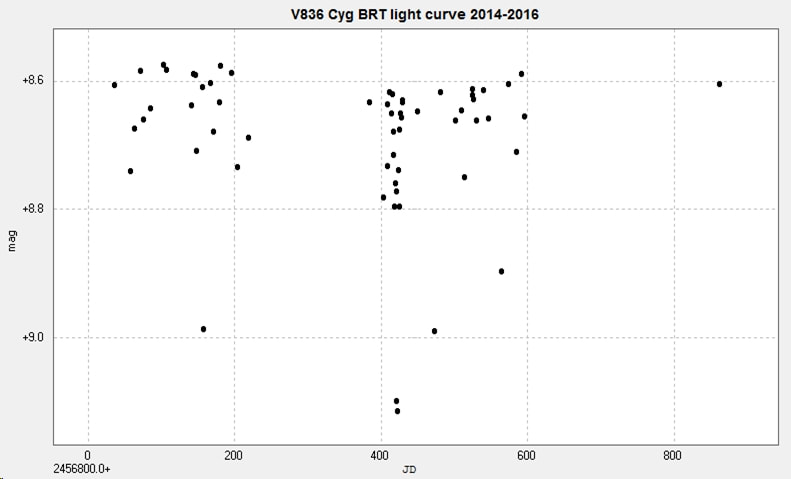 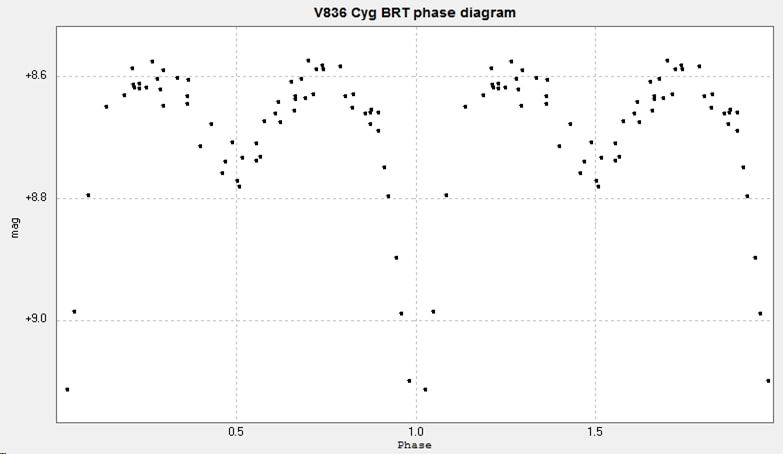