Light curve of a primary minimum of RZ Cas on 2016 December 22 from 413 unfiltered images taken with the 2" Titan at Somerby Observatory. 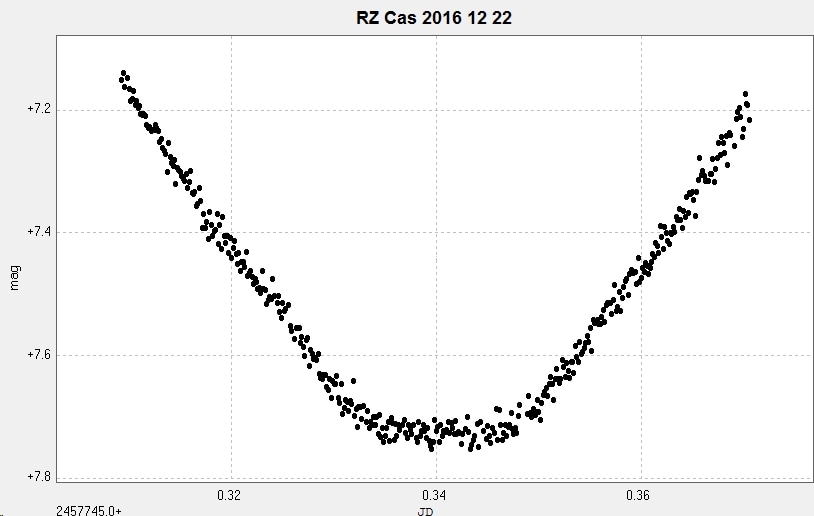 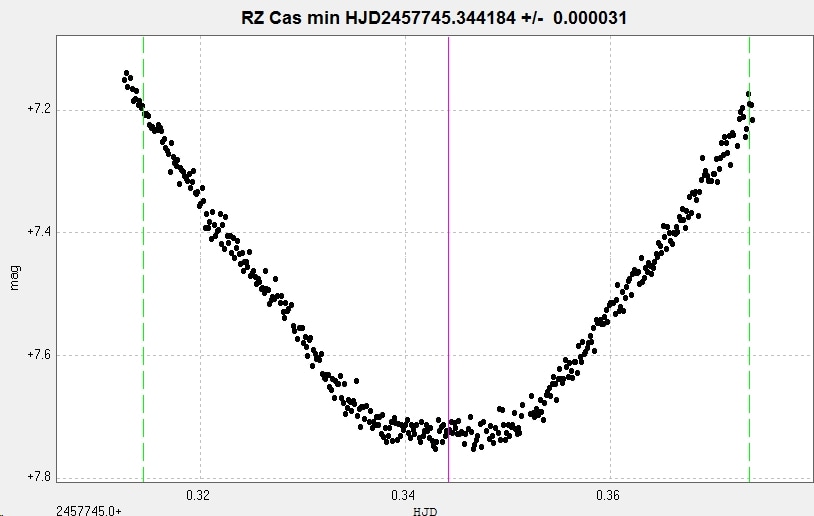 Light curve of a secondaty minimum of RZ Cas on 2017 October 15 from 1002 unfiltered images taken with the 2" Titan at Somerby Observatory.

The 'sinusoidal' modulation of the curve has a period of 0.0156d (=22.5 minutes) and is probably due to variations in one of the components which is a delta Scuti type variable.
Light curve and phase diagram of RZ Cas from photometry of 33 images taken with the Cluster Camera of the Bradford Robotic Telescope, using a tri-colour green filter, between 2014 October 12 and 2016 October 1. 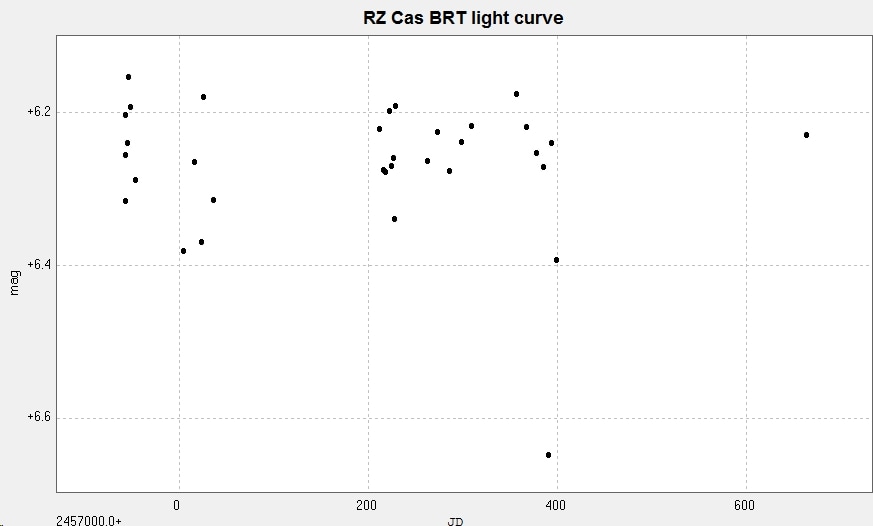 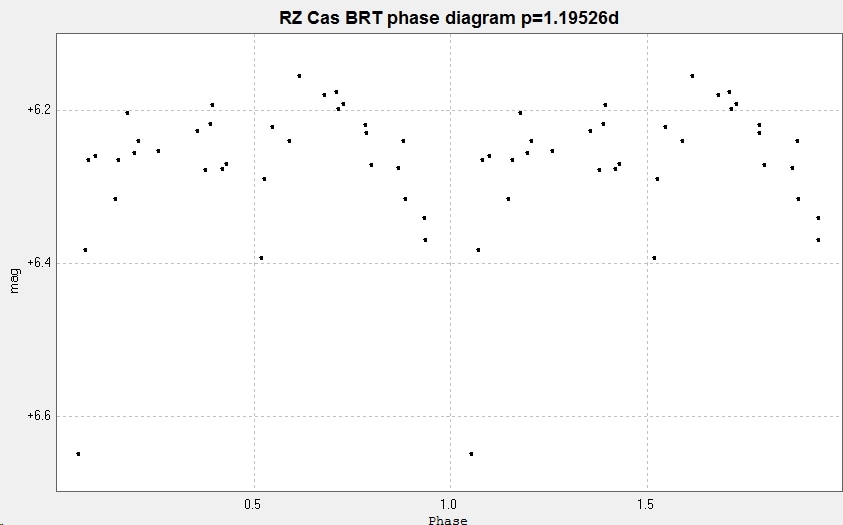 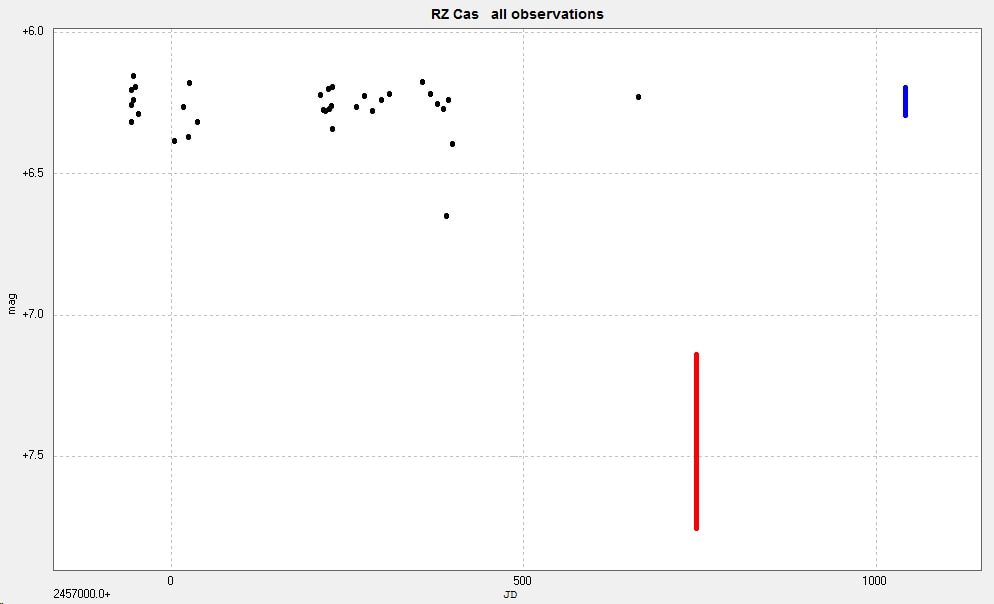 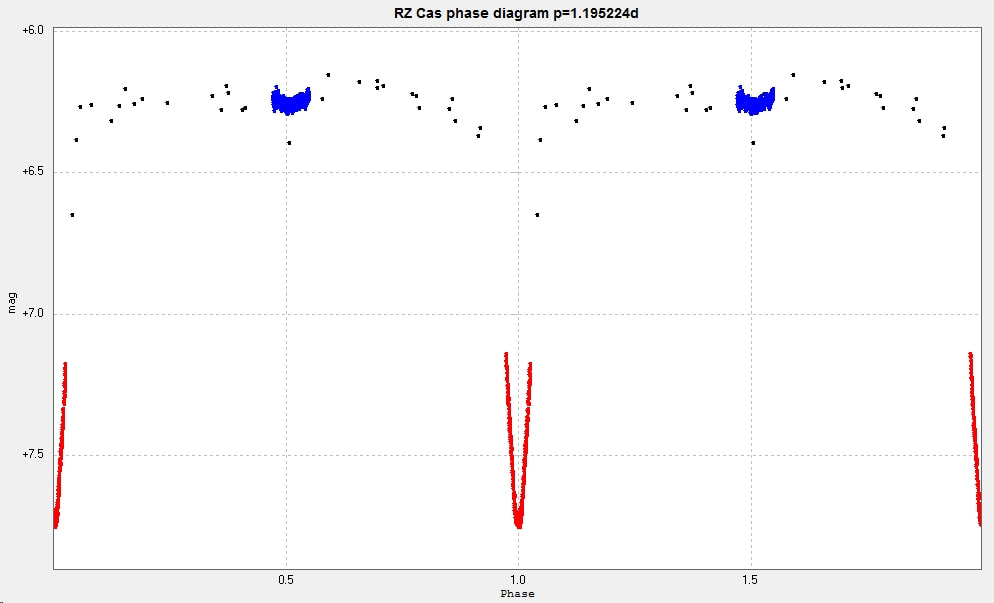 ​There is o-c activity with this system (GVCS, Kreiner).
This is an example of a visual observation of a primary minimum I observed from Leicester, UK, with a pair of 7x50 binoculars. 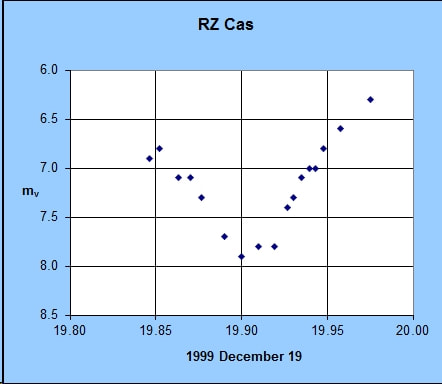