Light curve of the EA eclipsing binary V346 Aquilae, constructed from observations made with the Bradford Robotic Telescope Cluster Camera  (BRT) and two primary minima observed from Somerby with a 2" objective lens and Atik Titan Camera.

The results have not been transformed.

The component sets of data are shown below.
​ 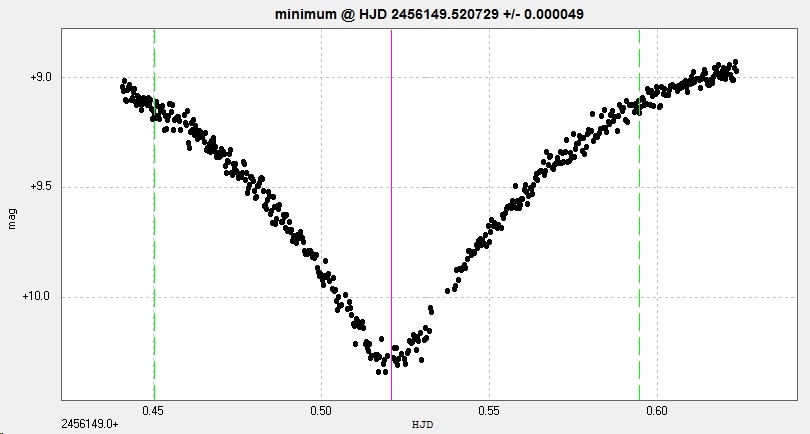 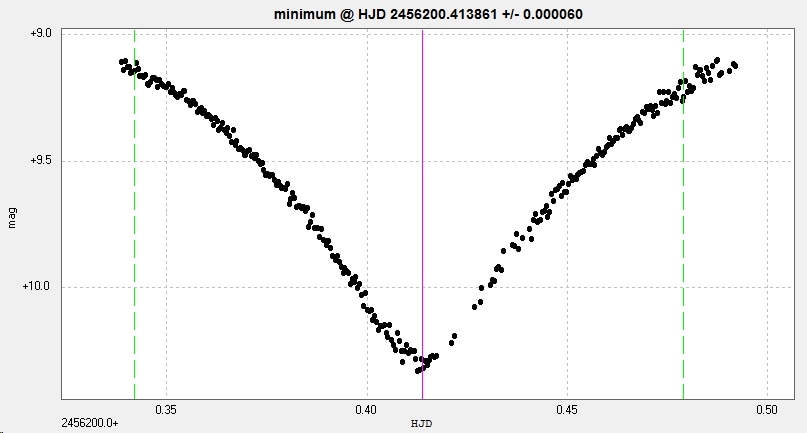 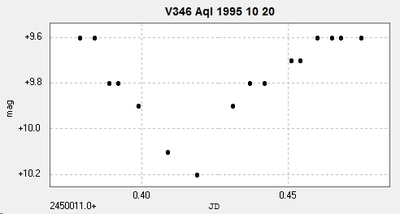 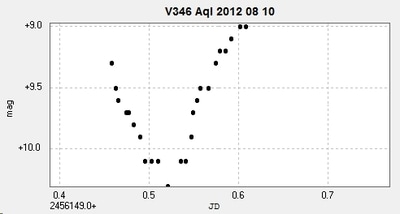